What is Pat Testing for Businesses, Homeowners and Landlords 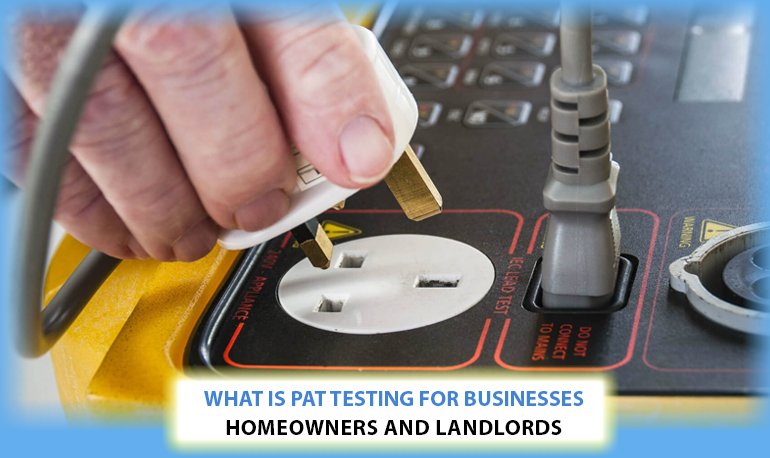 As we all know untested appliances could lead towards tripping of fuse again and again. And this issue is seen mostly in the rented house which means landlord is not fulfilling conditions of contract. Because it is mentioned in contracts that landlord is liable to tell the tenant about any type of electrical issue that could cause any harm or injury to tenant should be told at the time of doing contract. But there are so many landlords who use to ignore the PAT testing because it is not a legal requirement to rent a house its actually an additional term that most people prefer to consider. Actually, you should prefer to do PAT testing so that you could keep your tenant safe and protected from any type of electrical hazards.

Companies are planning to shift in house PAT testing:

Some people think it’s really very unimportant task to carry out PAT testing especially for large companies as they feel inconvenient to have an electrician come again and again for testing all the electrical appliances. Other than that testing each and every single appliances could be very costly that is seen as an extra expense which people want to ignore. Presently companies prefer to move the PAT testing in-house because by doing so they can simply save lots of money. For this they prefer to send their employees to do different PAT testing courses so that they could perform all the testing by themselves and by spending less amount of money.

When you have to carry out the PAT test?

Next thing that is not cleared to different people is that after how many times they have to do PAT testing of their appliances. So, they should know that there is no specific amount of time limit after which you have to perform PAT testing. You can simply do it after 6 weeks, 1 month or after every 6 months. All this time period actually depends upon the usage of the appliances. Because if all these machineries and appliances are being used so frequently then you should prefer to have PAT testing at monthly or weekly basis so that you could prevent any type of danger.

How to visually inspect the appliance:

Actually, when you will hire the PAT testers they will visually test the appliances and see where the problem actually lies and which part is not working accurately and need repairmen. Sometimes where low risk is involved and appliance is not that much complex you can easily do visual testing by yourself without hiring PAT testers. So, to visually inspect the appliances you have to see the following parts so that you could indicate the issue as quick as possible: