Why My Boiler is Making Loud Noises? 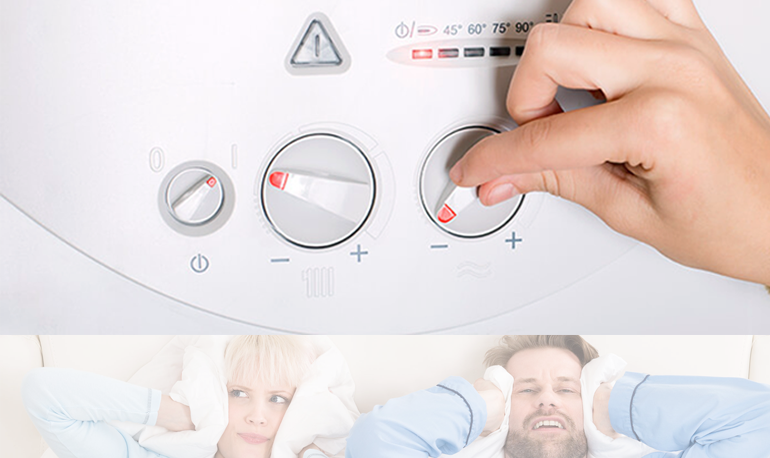 So if your Boiler is Making Loud Noises then be very cautious because it might be a serious issue. There are chance that boiler is working fine right now but there are chances that it will breakdown soon. That’s why it’s much better if you fix it as soon as possible, so that you could avoid any type of big danger. Here in this article we are discussing reasons why your boiler is making loud noises.

Theses type of noises are known as Clunking and banging noises that are actually caused due to accumulation of lime scale especially on the heat exchanger. Due to this flow of water get blocked that cause the water to get boiled, steam and expand within the boiler just like we see in a kettle that’s why your boiler is making loud hitting noises.

This noise could be caused due to kittling, or due to air that is trapped inside the system. So if the noise is occurring due to the air trapped within the boiler then solution is very easy. You only have to release the air present inside the boiler. You can even do this by yourself there is no need of hiring boiler service London for this.

So if you hear a gurgling noise from the gas boiler then this might be caused due to air trapped in the system, or due to blockage or residue present at the nethermost corner of the boiler. Always keep in mind that Boiler gurgling could also happen due to a frozen condensate pipeline, and for resolving this issue you have to defrost the pipe. So this job could be done by you if you know the procedure or even by a mechanic.

Why do you Need Smoke Alarms for Your Business?
What are Electrical Certificates? And How much You Should Pay?
Why Does My Boiler Keep Losing Pressure?