Why do you Need Smoke Alarms for Your Business? 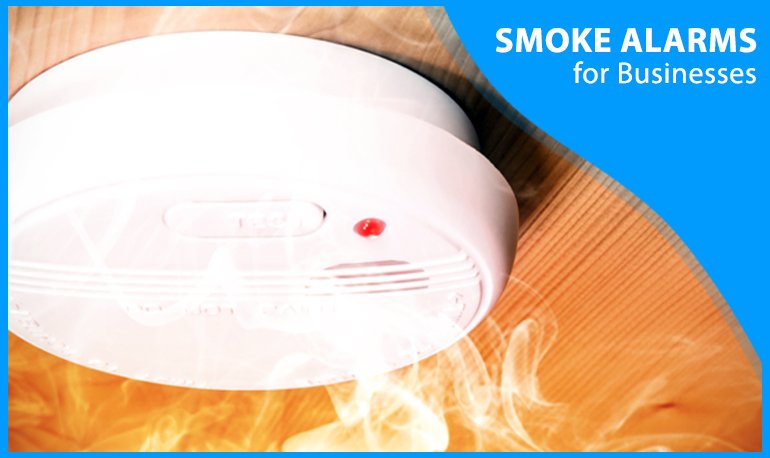 Actually installing smoke alarms especially at the workplace is very beneficial. Its basically the biggest facility that can alert the people to get on the safe place whenever it will detect the smoke or expected fire. These alarms are actually helpful in saving lots of people from any type of dangerous and harmful accident. Presently installing these type of safety alarms is considered to be most essential part to make the office or workplace safe.

In any type of business setting actually smoke detectors use to play a serious role for alerting the people in any type of fire emergency. Because these smoke detectors are further linked with the superior fire alarm system.so yes we can say that basically activation of this system actually triggers a waterfall that are linked with the fire alarms that are meant to decrease the risk associated with fire explosions.

As we have seen that people usually focus to promote the smoke alarms for installing at the domestic places, while it is equally important to install in the workplace also. Because that’s the place where it can be used to alert more people about the upcoming danger or threat. Actually there are lots of different factors that will impact the efficiency of a smoke alarm and its overall ability to function proficiently:

Here in this article we are explaining reasons why you need to install smoke alarm at your workplace:

1. Smoke Alarms are Required to Keep the People Safe:

Actually the smoke alarm is considered to be the first indicator that there is danger of occurring fire in the building that’s why you should prefer to instantly check where the issue actually is whenever the fire alarm will turn on. So if these mains smoke alarm will be maintained properly then there are chances that it can work more efficiently. And will help you to detect the threat as early as possible so that you could move to the safe place.

2. Smoke Alarms Have Made Compulsory By State Law:

Other than that it is compulsory to install the smoke or fire alarms at the workplace so that it could notify the people about the upcoming threat and danger. Basically rules and regulations related to the proper maintenance of these alarms have also been issued by the National Canadian Fire Alarm authority. And it has made compulsory for every organization to follow these rules and regulations.

As we all know it is very expensive to setup a business organization with lots of assets and commercial properties in such a huge quantity. That’s why these smoke alarm systems use to help owners to protect assets of their organization. It will overall help the owners to minimize the loss.

4 Wiring Hazards that you should Know About
Why Does My Boiler Keep Losing Pressure?
Lifesaving Tips to Deal with Gas Appliances